Royal Weddings: Thumbs Up... or Not!

When I looked at the photos taken at other royal weddings, I found many bent thumbs... as well as a few straight ones.

This article presents the meaning of a bent thumb. Then it provides a thought-provoking sample of photos taken at British royal weddings.

Holding the Thumb In


Infants usually hold their thumb in, hidden under the other fingers, and so do epileptics, inmates as well as the dying.

The thumb stands for logic and will. It is the driving force for the rest of the hand. A long thumb gives us control of our life. Conversely, when the thumb is hidden, we tend to give up on life and let our environment control us instead. In this position, the thumb reveals helplessness and hopelessness.

Therefore, when you make a fist, whether you are holding your hands in your pockets to keep warm, or for any other reason, make sure your thumb is always outside, protecting the other fingers. Just being aware of this fact totally changed my attitude at a time when I was feeling overwhelmed. Try it for yourself.

Waving with the Thumb Held In


Folding the thumb during a wave while the rest of the hand is open is the public equivalent of the weak fist. In this case, instead of hiding your insecurity in your pocket, you make sure everyone can see it! It shows how you feel at this specific moment in time.

Reportedly, four women out of ten hold their thumb in and this gesture is often related to marriage. It is less frequent with men and is often associated with helplessness at work and occasionally impotence.

The Thumb at Royal Weddings


How does this apply to royal weddings? On the photos below, you will notice that only women seem to hold their thumb in, and not all of them. In other situations than their wedding, most of them hold their thumb open, which means that this position is only temporary and applies to how they are feeling on their wedding day.

If you could see behind the smiles of those lovely brides, you would discover how helpless and vulnerable they are feeling at this moment. All eyes are on them and they are believing - rightly or not- that they have no choice, and they'd rather be somewhere else.

The photos also show that all men were feeling in control whether they were also royalty, or were marrying into it. They felt more in control, maybe because they knew that the bride is usually the center of attention.

Some of the brides are not feeling so helpless. Let's see which brides are hopeful and which ones are not. 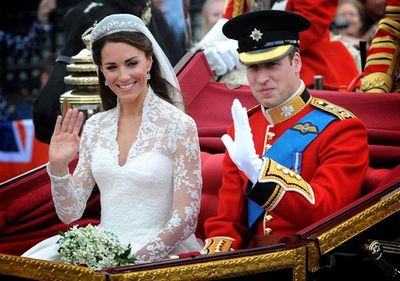 Catherine Middleton and Prince William,
son of Princess Diana and Prince Charles
As was mentioned above, despite her relaxed smile, Kate was feeling out of control on her wedding day. Every wave she made that day was with her thumb held in. However, there are numerous pictures of her waving in front of crowds, before or after her wedding day, and none of them shows a folded thumb. 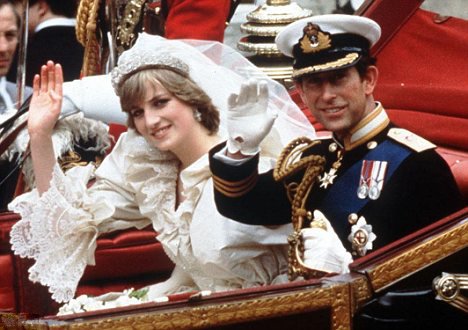 Diana Spencer and Prince Charles, son of Queen Elizabeth
A 19-year-old bride, Diana was terrified. Apparently, she had a splitting headache caused by the heavy tiara she had to wear. At the time of her wedding, she may have become the people's princess, but she wasn't aware of it. 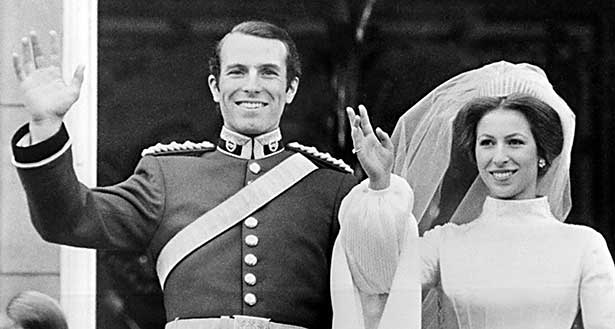 Mark Phillips and Princess Anne, daughter of Queen Elizabeth
Princess Anne was the first sibling to marry at age 23. In France - where I lived as a little girl - the wedding received a lot of media coverage, probably more than in England. It is only now that I realize that, judging from her thumb and just like many other royal brides, Princess Anne was not as relaxed as she appeared to be. 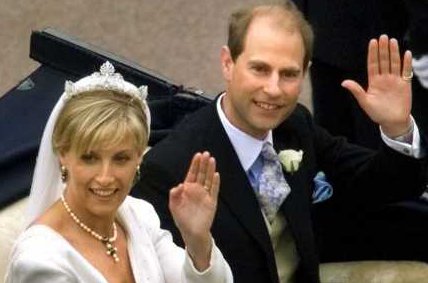 Sophie Rhys-Jones and Prince Edward, son of Queen Elizabeth
Sophie is showing the same helpless feelings as many of her royal counterparts. On this photo, she is waving with her left hand, which is her active hand since she is left-handed. 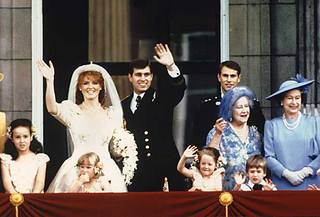 Sarah Ferguson and Prince Andrew, son of Queen Elizabeth
Finally a royal bride who doesn't feel overwhelmed on her wedding day! On this photo, as well as on many others taken on the same day, Sarah is holding her thumb up, showing she feels in control. Interestingly, the thumb position doesn't have anything to do with the longevity of the marriage! 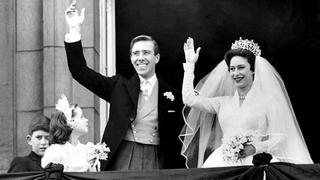 Anthony Armstrong-Jones and Princess Margaret,
sister of Queen Elizabeth
Another bride in control, with her thumb up! Both her smile and her thumb show a relatively relaxed Margaret, even though she had previously given up her dream of marrying Peter Townsend. 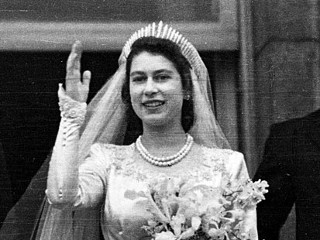 Queen Elizabeth - at the time Princess Elizabeth
In 1947, 21-year-old princess Elizabeth - who would become queen in 1952 - married Philip Mountbatten. This is the only photo I could find of her thumb on her wedding day. Even though the photo angle doesn't allow to see whether the thumb is bent or straight, let's assume it is held straight because, as we all know, the queen is always in control!